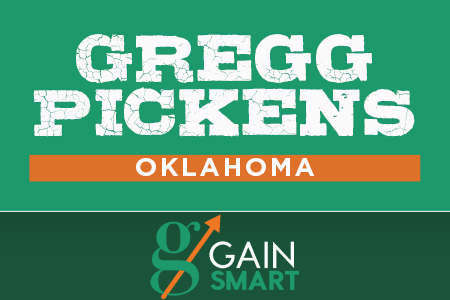 Gregg Pickens
“This is our third grazing season using the Gain Smart® Wheat mineral. It seems to me our gains are probably up between a quarter to a third pound a day ...Read More 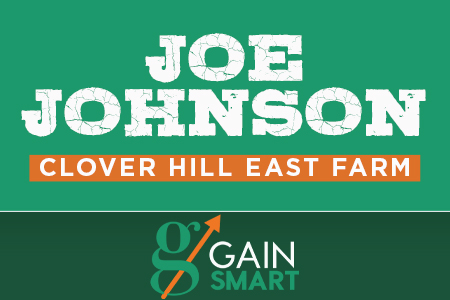 Joe Johnson, Clover Hill East Farm
“After I completed a feed trial with CFC, the results of adding Amaferm® to the diet were proved to me, so I started feeding the Gain Smart® mineral in addition ...Read More 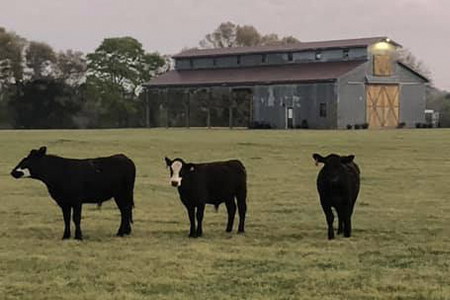 Dakota Dalrymple, 3D Cattle Co.
“I’ve run enough tests with minerals that I can tell you if you use the Gain Smart® mineral, you’re going to out gain and outperform any mineral out there. I ...Read More 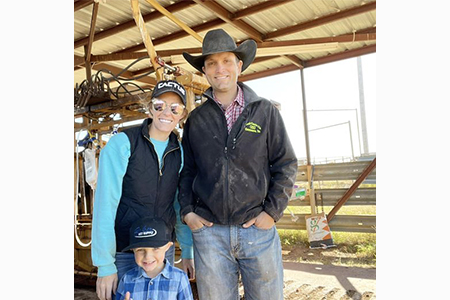 Rex Claxton
“We put the Gain Smart® HEAT® to the test, especially in the summer. We have a lot of drought-stressed, heat-stressed calves. That’s when we buy a lot of calves when ...Read More

Tera Rooney Barnhardt, DVM
“If I can utilize the animal’s immune system to its maximum potential because I have every other wheel on the track, that’s how I prefer to practice veterinary medicine. I ...Read More 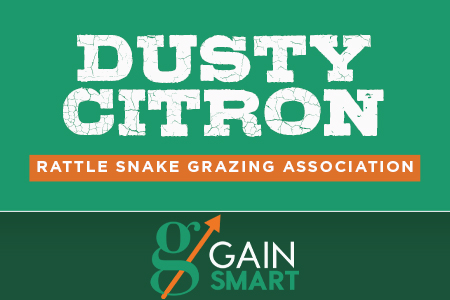 Dusty Citron, Rattle Snake Grazing Association
“I see a big difference on the cattle that we use the Gain Smart® Stocker HEAT® on compared to the other cattle that we don’t. What I see with the ...Read More 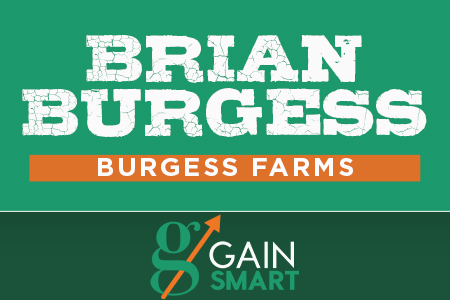 Brian Burgess, Burgess Farms
“I use the Vita Charge® Drench any time I work calves, vaccinate, castrate and wean them. I feel that anytime I’m stressing them, the Vita Charge boosts them. When I ...Read More 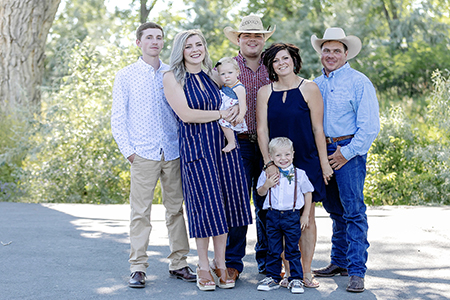 Tim Ree, Ree Ranches
“It is a big part to have a healthy calf and not have pulls since we are selling our calves on an all-natural program. We’ve had really good success putting ...Read More 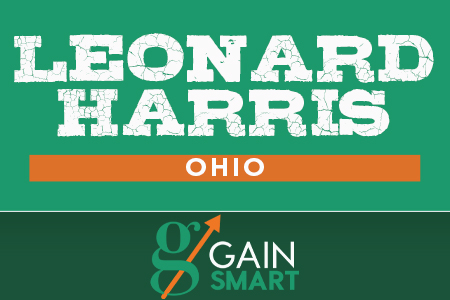 Leonard Harris, Feedlot Owner
“I’ve been putting out the Vita Charge® Stress Tubs to all my incoming calves for about a year now, and they seem to have helped cut down on my sickness ...Read More 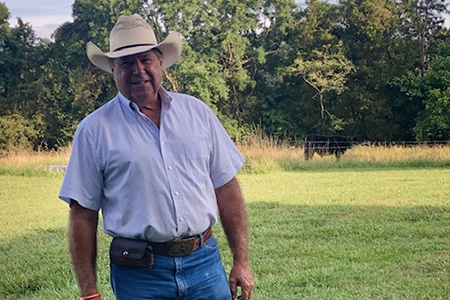 Tom Carter
"I believe in minerals. I believe the most problems you have with cattle is with mineral deficiency. I saw the VitaFerm® Gain Smart® Program on The American Rancher one night, ...Read More 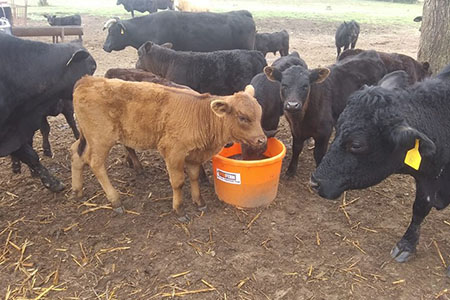 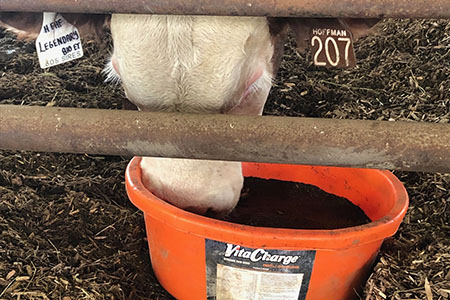 Cory Schrag, Owner of 605 Sires
“We had a few bulls that struggled with semen quality issues in terms of morphology and motility. After about two weeks on the Vita Charge® Stress Tubs, we saw a ...Read More 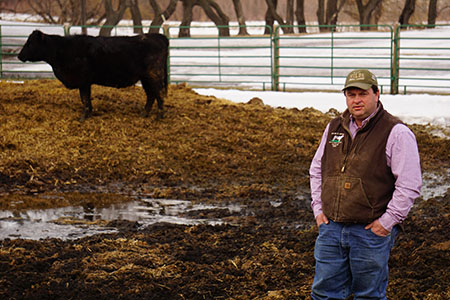 Don Abarr
“Through the course of last summer and early fall, we ran Vita Charge® Drench at weaning and ran it through almost every calf. We only treated four calves (out of ...Read More 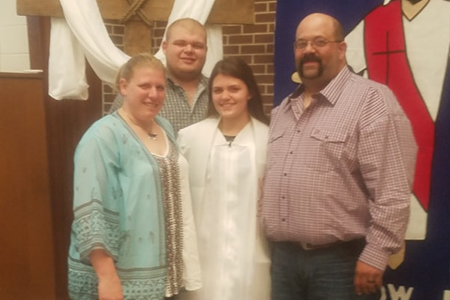 Butler Family
"We have a small cow-calf operation of about 50 cows. We truly believe in VitaFerm® products!! From breeding season to calving season VitaFerm is in our line-up of products. We ...Read More 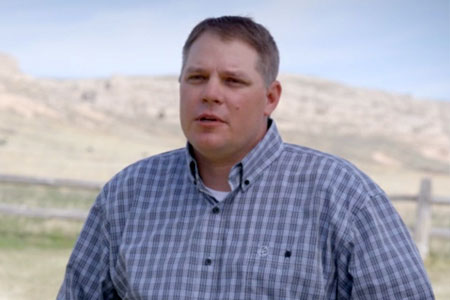 Kevin Evans, Thaler Land and Livestock, Wyoming
“When we wean, and we go right to Vita Charge® Drench, I’ll go 45 days without any issues, usually. Those calves seem to come out of the drench, hit the ...Read More 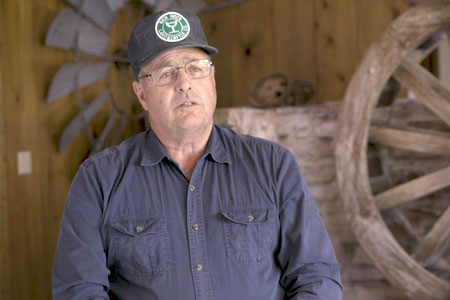 David Irwin, Red Rock Land & Cattle
“VitaFerm® Gain Smart® is something that we have come to depend on. We have tried other products but we feel that VitaFerm Gain Smart is very cost-effective. We don’t worry ...Read More 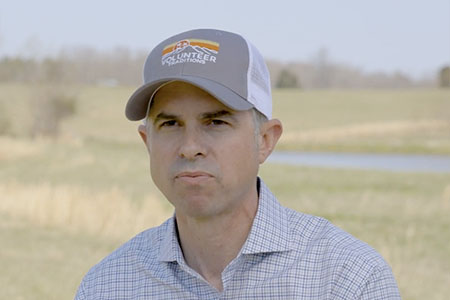 Raymond Fussell, The Tennessee Ridge
“I’ve been running pretty much the same cattle for 20 years on this place, and they have never averaged 900 lbs. nor had that few to sort off. With the ...Read More 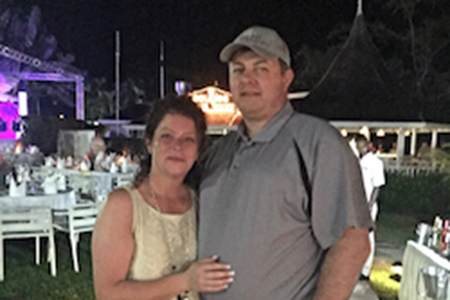 Melynda Gress, Y-Cross Inc.
"My yearlings absolutely love Gain Smart® Stocker HEAT®. I can’t keep enough of it in front of them. I have to cut it with some salt a little bit. Otherwise ...Read More 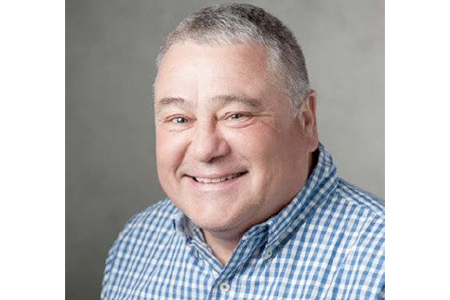 Bruce Everhart, Hereford Breeder
“Our cows are on a VitaFerm® mineral year-round. When they aren’t on Concept•Aid® or HEAT® , we keep them on Cattlemen’s Blend™. The mineral keeps our cows healthy, eating, and ...Read More 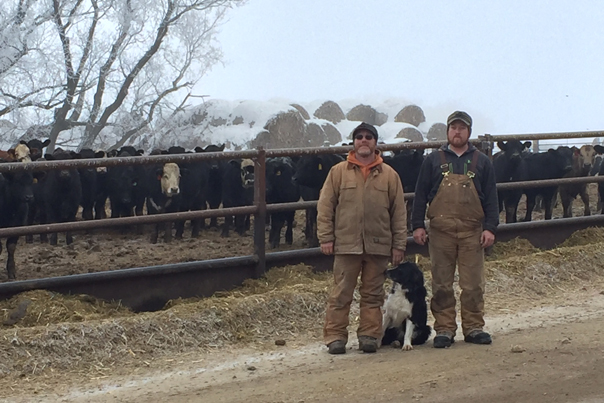 Darin and Dylan Dockter
"This year we gave Vita Charge® Drench a try at receiving. Out of the 999 calves we received, from several different ranches, we had 0% death loss, which has never ...Read More