When cattle are not grazing, they are not gaining. There’s nothing simpler to understand than that when it comes to basic animal husbandry and care. For Wyoming rancher and manager of the Rattle Snake Grazing Association Dusty Citron, keeping them eating and putting on pounds is key to success.

Citron manages about 1,000 yearlings and nearly 1,400 cow-calf pairs that graze the high desert country of central Wyoming near the town of Alcova. He oversees five herds owned by five different owners and gets the opportunity to run various trials since the owners engage in different management practices.

“I see a big difference on the cattle that we use the HEAT on compared to the other cattle that we don’t. What I see with the garlic in the mix is I still see flies, but I don’t see them on the cattle. Basically, the yearlings come into water earlier, come in, tank up. They get salt. They get mineral. They lay around for an hour and a half, maybe a little longer, but then they are back up and grazing. They aren’t laying around wasting time in the heat of the day, they just get back up and go. Grazing time is gaining time, for sure. That’s really impressive to me,” Citron said.

Gain Smart Stocker HEAT is a free-choice vitamin and mineral supplement for stocker cattle designed to balance basic nutrient needs for maximized efficient gain on grass pasture. HEAT® helps prevent heat stress during temperatures of 70 degrees and above or anytime cattle are grazing fescue. Key ingredients include capsaicin to help maintain circulation to support animal performance and gain in both heat and fescue situations. Capsaicin is research-proven to support animals’ ability to maintain normal body temperature. The HEAT also includes garlic to deter pests, and Gain Smart is ideally suited for backgrounding and yearling cattle on grass.

Citron said about half of the 1,000 yearlings he is currently running are on the Gain Smart Stocker HEAT. And those cattle are getting at least four more hours per day of grazing and graining compared to their contemporaries on the neighboring land. In addition to the added grazing time, those cattle are getting the Amaferm® advantage of increased nutrient intake, digestion and absorption. Amaferm is a precision prebiotic designed to enhance digestibility by amplifying nutrient supply for maximum performance. It is research-proven to stimulate digestion and nutrient absorption of forage for optimum gain as well as maintain performance during heat stress.

In addition to the yearlings that consume the Gain Smart mineral, Citron said he also has about 400 pairs on the VitaFerm HEAT mineral. He’s seen similar results with the cows out grazing more during the heat of the day instead of shading up and laying around. He’s also seen fewer flies land on both the cows and calves.

“The flies are still there, but they aren’t fighting them all day long. The calves don’t have a lot of flies on them either,” Citron said. 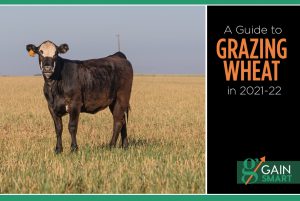 Stockers and backgrounders typically rely on the high-quality nutrients found in wheat pasture to turn their calves out on for late fall and winter grazing. Wheat pasture is an economical source of gain throughout the Southern Plains and Midwest. However, there hasn’t been much typical about this year’s weather patterns.  Due to an early onset of fall army […] 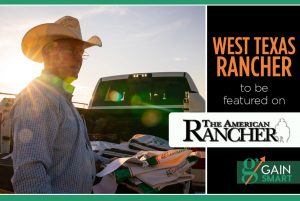 Health and nutrition work synergistically to help livestock reach their optimum performance. That’s why Kevin Hamlin, Big Spring, Texas, relies on the Amaferm® advantage found in the Gain Smart® line to provide his calves what they need year-round.  “It’s a 365-day a year job. They are living animals. You just can’t box them up and put ‘em in […]