With nearly half a century in the cattle business, Steve Groves has learned from his experiences, both good and bad. But when he learned about the advantages that a precision prebiotic offered his herd from conception through weaning, that was one experience he wasn’t going to let slip away. In fact, he believes in the Gain Smart® weaning program combined with the VitaFerm® program for his cows so much, he became a BioZyme® dealer so he could share the results with his peers and neighbors.

“I can’t stress enough what Amaferm does for a cow. Increasing absorption of what you are feeding them, it is just helping them do a better job,” said the self-proclaimed Amaferm guru who has been in the cattle business for 47 years.

Groves owns River Bend Cattle at Garland City, Arkansas. At just 300-feet elevation, in the southwest corner of the state, the cow-calf producer and BioZyme dealer said that Amaferm is one of the main reasons he switched his mineral to the BioZyme products.

Amaferm is a precision prebiotic that is designed to support digestive health. It is research-proven to increase intake, digestion and absorption.

Groves is a firm promoter of the 3-step Gain Smart® program when he weans his calves. He gives them all a dose of Vita Charge® Cattle Drench at weaning time, and then starts them on the Vita Charge Stress Tubs and Gain Smart mineral.

“Gain Smart is really economical on my calves. I have had awfully good results. No sickness. Their health is right where it should be. I don’t worry about consumption for the first 30 days. They will usually slow down,” Groves said.

If he feels his calves are over consuming their Gain Smart, he will put salt at the bottom of the feeder, so they have to eat the mineral first, then eat some salt for a few days before he refills the feeder with mineral. He always felt like different types of grass made them crave salt.

Groves will ship his calves in early July when they reach about 800 pounds. Since they are getting fleshy, he switches them to Gain Smart® Stocker HEAT® around May 1. He said the cattle continue to eat well and gain well for those last two months, even at heavier weights with the HEAT package, which helps them maintain their core body temperature while supporting performance and gain in heat and fescue situations.

Groves has shortened his calving window to 60 days since using the VitaFerm products. He calves in January and February, so his cows start on the VitaFerm® Concept•Aid® 5/S in December and are on that mineral until late April or early May, when they switch to VitaFerm HEAT®. They consume HEAT until mid-October, and then eat Cattlemen’s Blend until December when they start back on the Concept•Aid 5/S.

Groves said he initially started solely using the Cattlemen’s Blend mineral, and he experienced a slight increase in his conception rates. He decided to try the VitaFerm Concept•Aid 5/S to see if he could take it up one more notch. He said he did. In addition to his commercial cow herd, Groves puts embryos in about 60 cows each year, and he knows how easy it is for those cows to lose a calf, and if they lose a calf, they are out everything.

“I will do anything I can to hold that embryo. We’ve had great results with the VitaFerm Concept•Aid,” he said.

Groves does not run eared cattle, but instead settles for a mix of Red Angus and Simmentals; however, he does cull for heat tolerance since the heat and humidity do take a toll on the cattle in his climate. He said he would hate to think about running cattle – both cows and stockers without the HEAT minerals he uses.

With the results he has seen in his own herd and his passion for Amaferm, he said it just made sense that he started selling the BioZyme products. Groves said some producers just “look over the fence” at what he’s doing and then ask questions. Another group of progressive producers, much like he, try the products and proclaim that they, “don’t know how they got by without them for so long.”

“I have people always asking me how I can calve in a 60-day window? To me, it is the most economical thing about raising cows is to keep the calving window short, so I can feed all my cows the same. If I have one dry cow and I have to feed her with the wet cows for four or five months, that costs money and she gets too fat,” he said.

Amaferm’s absorption benefit is the tie that binds all the BioZyme products together to deliver the whole package to Groves and his customers. From breeding to calving and weaning and beyond, he is a believer in products from VitaFerm to Vita Charge and Gain Smart. He knows his cattle are healthier and higher performing because these programs. 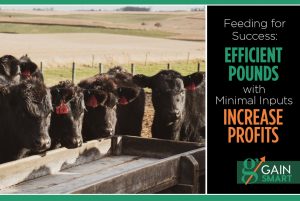 Having a positive bottom line in your stocker operation is essential. When profitability is driven by pounds of product, doesn’t it make sense to add as much gain as efficiently as possible while keeping your input costs at a minimum? That is what the Gain Smart® mineral from BioZyme® can do for you.   “You’re going to be spending money on […] 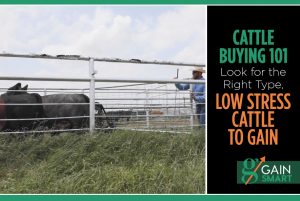 When it comes to buying calves to background, both the risk and the reward should be considered. The beef business can be risky, but with careful planning and consideration, the potential returns can also be rewarding.  Getting started with the right calves means making the right the buying decisions. According to long-time professional order buyer Charly […]